The following amazing crowd will contribute:

Alexander is somewhat of a chameleon, mostly inspired by classic rock and indie rock with focus on musicality and sound. Alexander plays accoustic, electric and lead guitars, and 4-string, 5-string and fretless basses. Alexander also does programming and plays keyboards and percussion.

Alexander also contributes to Monument Alley on photography. He did the duo’s iconic ‘Monument’ photo serie in June 2018.

The story: Alexander and Astraea have played together in a train themed cover band.

Astrid is a classically trained woodwind musician and plays clarinet and oboe.
She has played with several top rated amateur wind orchestras. She now plays with Skjold Nesttun Janitsjar, Bergen. Member of the Bergen Philharmonic Youth Orchestra from age 18-20.

Astrid holds a degree in music and health from the Norwegian Academy of Music.

The story: Astraea and Astrid know each other from the early Gentle Knife days.

Bent is a guitar nerd who loves gear. He started playing guitars at the age of 11. He plays rock, pop, prog, blues, heavy rock, meditation music and other.

Bent plays guitars and lap steel in Pulse of Floyd.
He produced The Windmill‘s 1st album with the band, and co-produced Pulse of Floyd’s ‘Live at the Fortress’ (2018) show with the Staff Band of the Norwegian Armed Forces.
Bent runs the music recording studio The Henhouse Studio in Fredrikstad.

Discography:
Pulse of Floyd with the Staff Band of the Norwegian Armed Forces: DVD/CD ‘Live at the Fortress’ (2018).
The Windmill – To Be continued (2010), recorded March 2006-December 2009 in The Henhouse Studio. Produced by Bent Jensen and The Windmill. Recording and engineering by Bent Jensen.
Slick, ‘What a shame’ (1981).

The story: Erlend has known Bent since Fatal Fusion recorded the demos for ’Land of the Sun’ (2010) in Bent’s studio in 2010.

Dag is an attentive listener and observer. He is a much travelled music enthusiast with an unusual curiosity and insight into genres. Dag is often seen front row at events when progressive rock is concerned.

The story: Dag introduced Astraea into the prog community in 2014. The duo values his opinions and views as well as his voice.

Fidel Soto has classical training from The Barratt Due Music Institute, and plays violins. Mainly focusing on classical and jazz, and a stand-up/stunt musician, Fidel has played with several classical, string swing and and jazz ensembles. Fidel is also a talented graphic illustrator and cartoonist.

The story: Astraea met Fidel during university studies in 1993.

For Norwegian readers: Interview with Prognytt on the occation of Francis Décamps’ first concert in Norway with Gens de La Lune, on invite by Gentle Knife (2018).

The story: Gens de la Lune played at Night of the Prog Festival – Loreley Amphitheater in 2016. In 2017, Gentle Knife invited them to play in Norway in 2018. Gens de la Lune visited Norway under the same moon as the founding of Monument Alley in April 2018.

The story: Astraea has known Ingar from the early 2000s. They’ve been discussing music since.

The story: Gens de la Lune played at Night of the Prog Festival – Loreley Amphitheater in 2016. In 2017, Gentle Knife invited them to play in Norway in 2018. Gens de la Lune visited Norway under the same moon as the founding of Monument Alley in April 2018.

Jinian is a singer, songwriter, studio vocalist, vocal instructor and musician who has worked with a great number of musical projects. He plays guitars, transverse flute, harmonica and drums/percussion.

Since 2007, Jinian has been the vocalist in the progressive rock band DAVID CROSS BAND (with David Cross, ex King Crimson violinist) with whom he has toured world-wide.
Since the beginning of 2020, Jinian has also been the new vocalist in the Polish Progressive Rock band Believe and is currently recording the vocals for their next album. He publishes music from the duo WildeWind and has also contributed vocals to Cronofonía.

In 2002, Jinian was the lead vocalist and performer (Top Of The Pops UK Chart show) on the UK & Worldwide single release of “I Would Die 4U” (Space Cowboy).
He also collaborated with Uniting Nations (Paul Keenan & Daz Sampson) and was the vocalist on their 2 single releases “Out of Touch” (2004) & “You & Me” (2005) as well as most of the vocals on their subsequent album release “One World” (2005).

Jinian holds a BA degree in music production and has over 30 years of experience with vocal recording and mixing.

The story: In 2017, David Cross Band played at Night of the Prog Festival – Loreley Amphitheater. In 2018, they played in Norway at the Haugaland Prog & Rock Festival, sharing the stage with Gentle Knife and Fatal Fusion.

Kjartan plays bass guitars, guitars and does choirs in the A Saucerful of Secrets – Norwegian Pink Floyd tribute since 2008 and in the 70s prog rock/funk/pop-rock/stoner band KIOWA since 2013.

The story: A Saucerful of Secrets played with Fatal Fusion at the release party for Fatal Fusion’s 3rd album ‘Total Absence’ in Oslo in 2016.

Kjetil plays guitars and keyboards, and is a versatile and creative multi-musician with background from blues and jazz rock.

After many years as a live musician with the progressive rock bands Hydra, Moonstone and Fatal Fusion on guitars, keyboards and backing vocals, Kjetil contributed as co-writer and guitarist on Fatal Fusion’s 4th album ‘Dissonant Minds’ (2020).
He has played concerts with the harmonica legend Darrell Mansfield.
Kjetil is also a songwriter, combining rock, blues and prog in his own material.

The story: Erlend and Kjetil go way back. They ave played together on and off since 1998.

The story: Erlend and Knut go way back and have been writing and playing together since 2010.

Meinardo Serrano Reyes is a guitarist and music teacher. He plays and teaches guitars, laud, quatro and other strings.

Meinardo plays in El Son del Guajiro, a group which honors the Latin American music legacy with their authentic, traditional Cuban music.
Meinardo also has conducted an orchestra of Canarian folklore music for many years.
He performs live on regular basis with several groups and ensembles and has also performed on Spanish television. Member of AIE Artistas, (Artistas, Intérpretes y Ejecutantes).

The story: Astraea knows Meinardo through family and has seen him play live on several occasions in Spain.

Melina sings and plays electric guitars. She is currently active in Up Against The Phantom (indie rock band) and Neon Heartdrop(electronic indie duo). Also known from Gentle Knife‘s 1st album ‘Gentle Knife’ (2015) and the goth metal band Mary by Force.
Melina has written songs since the age of 12, and started singing in various bands at the age of 19. Since the forming of Up Against The Phantom in 2014-15, she also plays guitars. Musically, Melina is drawn to the darker 80s- and 90s-inspired melodic alternative rock, dark and noisy pop and indie rock.

The story: Melina and Astraea played together on the 11 man prog collective Gentle Knife’s 1st album.

Mick plays 6 string fretted and 6 string fretless basses. He plays bass in DAVID CROSS BAND since 1995. He has also worked with David Hasselhoff (recording), toured Europe with Mr Big vocalist Eric Martin, and has toured the world with ex-King Crimson violinist David Cross. He played on the solo album for James Litherland (former guitarist in Colosseum).

Mick has a long experience in studio productions. He co-writes, produces and mixes all David Cross Band’s albums.

After numerous recording sessions playing bass, Mick says he isn’t sure what his style is!

The story: In 2017, DAVID CROSS BAND played at Night of the Prog Festival – Loreley Amphitheater. In 2018, they played in Norway at the Haugaland Prog&Rockfestival, sharing the stage with Gentle Knife and Fatal Fusion.

Ole Martin has played drums for about 30 years and has an open-minded music taste. He has a broad experience from a variety of musical styles, bands and groups – pop, rock, country, punk, heavy metal, prog and jazz.

The story: Ole Martin and Astraea played together in the 11 man prog collective Gentle Knife 2013-2019. 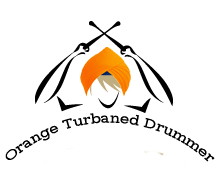 Phildas is known as one of the drummers of the Genesis tribute band The Book of Genesis, and played drums on the opening opus of Franck Carducci Band’s album Oddity (2011). She has also played with Francis Decamps and Pascal Gutman.

Phildas Bhakta started playing drums at the age of 17 when she moved to live in London for the next 28 years and played with many progressive rock, fusion and world music bands. She has a life-time experience with Genesis tribute concerts with various acts in the UK and Europe.

Phildas held a Guinness World Record in non stop drumming for Longest Drumathon in 2001 in aid of Children In Need, as a tribute to her mentors and life inspirations: Genesis and Phil Collins.

Phildas is a follower of Sanathan Dharma (hinduism) and an initiated yogi.

The story: Astraea saw Phildas play in Oslo with The Book of Genesis in 2017. In early 2018, she rediscovered Phildas on YouTube, playing with Decamps and Gutman. Phildas visited Norway on invitation by Monument Alley in June 2019.

Pål (Paul) is a composer and multi-instrumentalist. He plays keyboards, trumpet and electric violin. He also does backing vocals.

The story: Pål and Astraea played together in the 11 man prog collective Gentle Knife 2013-2019.

Simen is a multi-instrumentalist and composer. He plays soprano, alto, tenor and baritone saxophones as well as electric and accoustic guitars.

Simen has released a progressive rock album with the duo Shamblemaths (2016). He also collaborates with the Italian prog band SKE.

The story: Astraea discovered Simen through his debut album.

Skogen performs a varied program within classical, folk and contemporary music on both the violin and the Hardanger fiddle (Norwegian hardingfele). From the backyard book bar to concert halls across the Atlantic, audiences are drawn by the passion he conveys in his performances.

Skogen enjoys sharing the inspiration he has received from teachers and colleages with his students at two music education organizations and in his private studio in Norway.
Skogen holds degrees in violin performance from the Music Conservatory at NTNU.

The story: Erlend and Skogen have had many a conversation about music over the past years.

Trettioariga Kriget is reknown as one of the most influential Swedish prog bands. Stefan founded the band with the drummer and producer Dag Lundquist in 1970, at a time when all the band members were still in high school… Since the eponymous debut album in 1974, Trettioåriga Kriget has released 11 albums. In 2021, they released their latest, ‘Till Horisonten’ (‘To The Horizon’).

Stefan has also released a solo album and a number of singles under the artist name “Fredin Comp.”

The story: Trettioåriga Kriget played in Norway on invitation by Gentle Knife in 2016.

Steffen is known from the Norwegian Pink Floyd cover band A SAUCERFUL OF SECRETS. He plays rhythm guitars and does vocals.

Steffen has 25 years of live and stage experience with studio music and with playing and singing in different bands and projects.

The story: A Saucerful of Secrets played with Fatal Fusion at the release party for Fatal Fusion’s 3rd album ‘Total Absence’ in Oslo in 2016.

Trude is an artist and composer, esthetic and cultural sociologist.

Trude is the creator of When Mary, a Norwegian music and arts project behind multiple international music productions, conceptual albums and artistic collaborations. When Mary also produces audio art and sound installations for performance artists and art exhibitions.

Trude has a background in classical music and musical theater as a singer, actor and dancer. She is also former vocalist of the artrock band White Willow.

The story: Erlend has known Trude for a long time. Fatal Fusion and When Mary shared stages in Oslo 2012 and We Låve Rock in 2013.